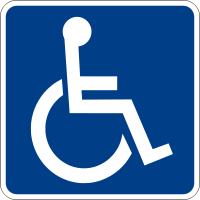 Skeptics should be doing our part to improve accessibility – for our events, our online content and in general. If the message of rationalism and science is truly of value, then it should be accessible to everyone, regardless of their abilities.

One way to do this is to ensure that online audio and video content is provided with transcripts and/or closed captions. This allows deaf and hearing-impaired people to access the content.  That’s 5% of the world’s population, or 360 million people worldwide according to the World Health Organization.

Aside from feeling good about doing our civic duty, it can benefit outreach as well. Captions can be used as the basis to translate the content into other languages, allowing your content to reach other countries. And as I explained in my YouTube meta-data post back in January, the additional text of the captions helps make your content more attractive to search engines like Google.

There are some skeptics who are leading the way with this, whose efforts I’d like to highlight in this post. But I’m also going to update you on my own efforts, which recently helped one video become a viral hit.

Entirely scripted programs (such as the Skeptoid podcast) have always had the ability to provide transcripts by merely editing & posting the script. But many podcasts and webcasts (including both programs to which I contribute – Skepticality and Virtual Skeptics) rely on interviews and off-the-cuff commentary that must be transcribed to text.

Despite the advance of technology, automated methods to do this are notoriously terrible – to the point that they’ve become the subject of internet memes. Thus some amount of manual labor is required to get good, accurate transcripts and captions. There are a couple of approaches.

The Monstertalk podcast (produced here in Atlanta by my friend Blake Smith) went old-school and hired a professional transcription company called Rev to create transcripts for his most popular episodes. He tells me it cost about $1 per minute, which he pays for by soliciting donations from his listeners.

Skeptics’ Guide to the Universe uses a different approach – namely crowdsourcing. Their fans put up a Wiki for the project and recruited other fans of the show to create transcripts, proofread them and so on.  By sharing the work they make it easier. An individual volunteer can just do a short segment or an entire episode as their time allows. They sometimes run contests to motivate people, but like many crowdsourcing efforts there’s always a need for additional volunteers – they have hundreds of episodes still to go.

More recently the Brisbane Skeptics, who just had their first Skepticamp this past July, also recruited volunteers to transcribe each of the talks which were recorded at the event. They posted the first one, a keynote talk by Loretta Marron and are continuing to work on others.

The Guerrilla Skeptics also crowdsource captions and transcriptions of video content. The resulting captions often serve as a source of quotations from notable personalities for their Wikipedia biographies.  But they of course have value all by themselves even if none of it ends up on Wikipedia.

As I mentioned at the top, a transcript or accurate set of captions can be leveraged to translate the material into other languages, extending outreach even further. The Guerrilla Skeptics are well suited for this effort, since they have recruited volunteers in several countries to work on Wikipedia in other languages.

Recently they reported they had translated Australian skeptic Richard Saunders’ new documentary “The Vaccination Chronicles: if only” into seven additional languages with more to come. Here you can see the result in YouTube:

As I teased at the top, sometimes you get an unexpected windfall from all these efforts. (If I wasn’t a skeptic, I might even call it a karmic payback. Perish that thought!)

As I explained in the January post on metadata, I was able to get my copy of the famous Buzz Aldrin punch video to rank very highly on Google simply by paying close attention to the text that I posted with it – including the captions. At the time of that post, it had racked up about half a million views in about 16 months. Not record-setting but not too shabby.

Then the 45th anniversary of the Apollo landing happened in July. Many media outlets went looking for offbeat content to post related to it. Several of them clearly found my copy of the video ready and waiting.  This included Matt Novak of Gizmodo (and Gizmodo UK), Space Reporter, Daily Digest News, Design & Trend, The Week, The Inquisitr and more. This copy of the video went viral on social media such as Twitter during July, with thousands of posts.

I spoke about this on Virtual Skeptics #96 when I first noticed it happening in July, you can follow that link to jump directly to my segment in the program. I also give some tips for using Amara and the like and show the analytics. (And yes, apologies in advance – I must admit that video is not captioned).

A few days later I became aware that the video was even shown on national TV in the US on Comedy Central’s @midnight program! While that didn’t add to the hit count on the video at all, the others certainly did.

As of this writing (and in time for the September 9th anniversary of the punch) the video now has over two million views! That is incredible for a YouTube channel as small as mine – I only have a few hundred subscribers.  Most of those views came within a few days of the anniversary, but they have continued through the rest of the summer.

There are thousands of hours of great skeptical content out there that would be more accessible to millions more people if it were just transcribed and/or captioned.  This can be done using tools like Amara.org or even something as simple as a Wiki.  Skeptics, if you are looking for a spare time project to help do outreach and accessibility, this is one.  Pitch in!  You can join one of the existing projects mentioned here, or start your own.