There are numerous tools to detect evidence of manipulation within the content of photos, of course. But many these require some expertise to use properly, and even then they often produce nuanced results.

But even an unaltered photo can raise questions that require further investigation. Is that light in the sky a UFO or merely an airplane? Is that ethereal face actually a ghost floating in the air or just the reflection of someone in a piece of glass? In these cases it sure would be nice if there was some way to easily tell when a photo has not been altered since it left the camera. No sense spending time evaluating the plausibility of the image if it turns out it was photoshopped anyway.

Journalism organizations have built apps like InformaCam and Scoopshot to incorporate levels of verification into photos as they are taken and uploaded. But most ghost/UFO/cryptid photos aren’t taken by people who planned ahead. They’re unlikely to have been using such an app.

What we need is a tool that can be used after the fact to verify that an image file is the camera original, regardless of what app was used to create it.

I never got around to writing about it here at the blog, but a piece of software called FourMatch was released in 2012 that did just this. (I did mention it on Skepticality and Virtual Skeptics and in my presentation at the first Skeptech). FourMatch operated as a Photoshop plugin (requiring you to own that software too) and wasn’t particularly cheap. But it could indeed verify when a photo had not been altered since leaving a digital camera.

The software was created by Kevin Connor, the former Vice President in charge of Photoshop at Adobe and Hany Farid, a Dartmouth computer science professor who specializes in image verification algorithms. Among many other accomplishments, Farid is one of the authors of this interesting paper that developed an algorithm for determining shadow consistency in photos. In the example blog linked there, he uses it to verify that the shadows in a photo from an Apollo mission are real.

One interesting thing about the software is it doesn’t actually attempt to analyze the contents of the image at all. Instead, it focuses on the details of how the image is stored within the JPEG file format and the meta-data that is associated with it.

I’ve done enough programming to standard file formats that I believe them when they say they can verify unaltered photos reliably. Standardized file formats like JPEG are notorious for having many degrees of freedom built into the specification – most of which are there to cover odd edge cases and are not used by particular implementations. By combining a deep knowledge of the ins and outs of those rules with real-world data gathered from actual sample files, it is entirely feasible that one could uniquely fingerprint the source of images. From their technology explainer on their company website:

We have built a database of signatures from millions of images spanning thousands of cameras, mobile devices, software, and on-line services. These signatures, while not perfectly unique, are highly distinct. Once an image has been edited and re-saved from a software product, this signature is changed to match the software rather than the original capture device. By comparing an image’s signature against our database, we can instantly determine if it is an original.

If you think of the file format as the envelope that contains the photo, imagine that each camera has its own way of writing on the envelope, folding it and sealing it. Camera A may always use red ink and write the label very close to the edge, and seal the envelope with wax. Camera B always uses black ink, folds the envelope over and seals the envelope with scotch tape. Izitru recognizes these distinctive styles and can therefore know if the envelope has been opened or tampered with after it left the camera.

As I mentioned FourMatch had some limitations – it required Photoshop and was somewhat expensive. In 2014 its makers decided to change strategy and re-launch their software as an online service. It is now called Izitru (as in “Is it true?”), and is free to use. They also offer a version of the service as an API for high-volume users – that part of the service costs money.  (FourMatch has been discontinued).

The service is incredibly simple to use – you don’t even need to log in. Just click the prominent upload button, select the original JPEG file as it came from the camera, and after a rapid analysis you will get a report on whether the file is original. You will also get a short URL that you can use to display your photo online along with its verification status to others online.  You can add a caption and location to the photo as well.

I wanted to try out some skeptic test cases for this tool. So I looked over on Richard Wiseman’s blog. He used to regularly post alleged ghost photos and solicit his readers to do an armchair investigation of each image. Often the original file was supplied, which is a perfect test of izitru. 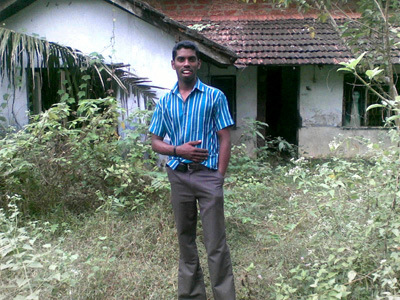 My first test was this February 2010 ghost photo from Sri Lanka. Professor Wiseman’s commenters immediately pegged it as a fake, as the ghost seen in the window (to the right) is a very common meme used in many hoaxes. Wiseman supplies the ostensible original file as a link, so I downloaded it and uploaded it to izitru.

Sure enough, the site identifies this file as not being an original, with this notice:

izitru warning: “Our forensic tests suggest this file has been re-saved since initial capture. Because this file is not a camera original, it is possible that it was modified.”

I wanted to see what a legitimate file looks like on the site, and I suspected that this alleged ghost photo from Eau Claire, Wisconsin might be a good test.  As you can see from the comments on that post, various folks (including myself) noticed the EXIF data in the original file indicated it was an exposure of 1 second with a flash, which would easily explain how a ghostly woman might appear in this photo taken at dusk.

Sure enough, izitru ranks this photo as a High Trust original, with this message:

izitru says of this photo: “This image passed all of our forensic tests, so the evidence strongly suggests it is an unmodified original file from a camera.”

Those are only two tests, but I think the principle of the tool is sound. For skeptics who work with digital photos of anomalies, izitru could become a valuable tool. It answers one key question, and it answers it well – is this photo a camera original?

Note, the service does have some limitations which are spelled out in the FAQ. One is that the image must be in JPEG format – not one of the various RAW formats used by higher-end cameras.

Also, you must be able to obtain the original file as it came from the camera.  Keep in mind that most forms of online posting (especially social media) resize images from the original. In fact, izitru supplies their own iPhone app for uploading photos you’ve taken yourself, in order to guarantee they are uploaded intact.

But within those limits, izitru is a good start to any skeptical photo investigation.  Skeptics should also encourage UFOlogists, ghost hunters and cryptozoologists to upload their photos to izitru before making claims about them.