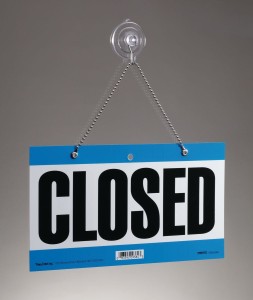 Facebook announced last week that the service FriendFeed would be shut down in April. I was a FriendFeed user, I even used to have a link to it here on the Skeptic History page – for those who wanted to see the daily history posts using that service. But it’s been increasingly less useful as it has been supplanted by newer services like Twitter and Facebook itself.

As we use online tools to achieve specific goals, we must be mindful that they do disappear like this. It’s always wise to have a good idea what benefit you are getting from which tools, and which alternatives are available should one disappear.

Let’s take a moment to consider a few tools that have disappeared recently, why that happens and some good strategies for might replacing them.

END_OF_DOCUMENT_TOKEN_TO_BE_REPLACED 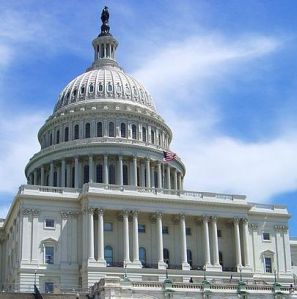 U.S. Capitol in daylight by Kevin McCoy, distributed under a CC BY-SA 2.0 license.

Government regulation (of quacks and so on) has always been a key part of the skeptic puzzle. A major avenue for skeptic activism in recent years has been simply lobbying agencies to enforce existing regulations by calling their attention to cases. Groups such as Nightingale Collaboration in England and Friends of Science in Medicine in Australia have created major skeptic wins by doing just that. Rank and file skeptics can pitch in by helping with these campaigns, sometimes using tools like Fishbarrel.

So it only makes sense that skeptics should pay close attention to impending legislation as well. We can certainly support rules changes that would work in our favor when possible.

In my TAM2012 plenary talk, I told the story of a major failure of skeptics to do this in the spring of 2010. A serious effort to amend the flawed DSHEA regulation had been put forward in Congress, and had the backing of nearly every major organization in US sports. It went virtually unnoticed in the skeptic community. But alternative medicine supporters deluged Congress with negative feedback about the bill, and it died very quickly.

Since documenting this, I’ve been investigating tools that skeptics can use to avoid a recurrence of this sad story. Some really excellent new ones have been released just in the last year. As Congress is coming back into session after their summer break right now, I thought it would be a good time to review these tools. Every skeptic should have a few of these in your personal toolbox.

END_OF_DOCUMENT_TOKEN_TO_BE_REPLACED

I try to avoid advocating one technology or vendor over another on this blog whenever possible.  Perpetual battlegrounds such as Mac vs. PC and Google vs. Bing are unproductive distractions from the general techniques we can use in our work.  But there are exceptions, cases where one technology has a clear advantage.

Web browsers are designed as a generic platform for displaying content.  They follow established standards such as HTML, CSS and JavaScript.  But there’s aways some cutting edge capability that can’t quite be handled using the standard technologies.  And so most browsers have a way to add functionality beyond the standards.  Some call this a plug-in, some call it an addon, some call it an extension.  Microsoft sometimes uses the term “browser helper object”.  Each browser does it their own way, so these tools usually have to be rewritten for each browser.

These things manifest themselves as toolbars, right-click menu options and so on, to enhance your use of the browser.  Recently they’ve become incredibly common as adjuncts to online services of various kinds.  That includes, of course, services that I’ve been recommending here as tools for skeptics to use in their work.

I decided to compile a list of which browsers are currently supported by the various online services that I’ve recommended here, in my talks and on Virtual Skeptics.  Once you see the list, you’ll see why I recommend Google Chrome for skeptics.

END_OF_DOCUMENT_TOKEN_TO_BE_REPLACED

Those are the hand-held gadgets I was using to report live from the conference. With Skeptrack coming up next week I thought I would just do a short post about what devices I currently carry with me when live-tweeting a conference, and why.

END_OF_DOCUMENT_TOKEN_TO_BE_REPLACED 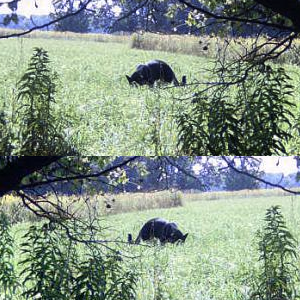 The Beast of Trowbridge?

I must confess I’ve been remiss in not blogging about this particular topic earlier.  Investigating anomalous photos has always been a skeptic mainstay – for over a century and a half in fact. Ghost photos of one type or another have existed practically since the invention of photography. Those have been subsequently joined by photos of cryptids, UFOs and other alleged anomalous phenomena.

Now that practically everyone has a camera in their pocket all the time (in the form of a mobile phone) photos of this type pop up constantly – along with opportunities to investigate them. And so we need as many skeptics as possible to have some skills in investigating the latest local ghost or UFO photo.  There are just too many of them to send them all to Joe Nickell or Richard Wiseman.

Because photos are ubiquitous, and doctoring photos using software is so incredibly easy, tools for detecting photo manipulation (like FourMatch and Tungstene) are becoming more common.  But software like that can be quite expensive – out of the range of the average skeptic.

But today I’m writing about something far, far simpler.  In fact, it’s an incredibly easy way to detect obvious hoaxes based on stolen or misrepresented photos.  It should be in every skeptic’s toolkit, along with a trick for using it that I’ve never seen suggested before.

END_OF_DOCUMENT_TOKEN_TO_BE_REPLACED

Readers of this blog know that I have experience dealing with trolls and spammers on social media. One of the most popular posts on this blog is my how-to guide to preemptively blocking spammers using various Twitter clients (which is sadly in need of updating). I’ve also written on how to report suspicious emails.

Most notably, I’ve successfully helped get one user who personally threatened hundreds of people (including me) arrested by the police in Montreal – not once, but twice. (That case is still ongoing, and I may still have work ahead of me – including potentially testifying for the court case).

Back in the heyday of that person’s serial Twitter spamming, some of us would literally receive hundreds of tweets in a row from this man. Usually his account would be disabled, but he’d return with another one within minutes. Even simply hitting the block button to keep your mentions column clean became tedious because of his tenacity.

At one point Daniel Pope and I considered building an automated piece of software (often known as a bot) to automatically block his accounts on behalf of other users. That way the first person to notice each new account could block him, and then the new account would be preemptively blocked for anyone else who chose to opt in to this service. Ultimately we decided it would be too much effort aimed at just one person. I was also concerned it might run afoul of Twitter’s terms of service, and the work creating it would be for naught. Soon he was arrested and the point became moot.

Early this year something very similar to that proposed bot was actually built and deployed by an atheist in the UK. This week, it got major publicity in the UK news media, trumpeting it as a potential solution to an ongoing harassment problem on Twitter. I assume this has resulted in a flood of new users for the service.

I believe there are serious flaws in how this service is designed and operated that make it a poor solution for most Twitter users. The media, focused on the larger problem of harassment, are not covering these operational issues. I will detail them below.

END_OF_DOCUMENT_TOKEN_TO_BE_REPLACED

Last week I gave a presentation at Skep-Tech in Minneapolis. It was a first-year conference put on by the student groups from three different universities in the area. They chose to focus it on technology and skepticism – which is right up my alley. So of course I was excited to speak.

I chose to focus on how skeptics need to cultivate specialized skills and learn new tools in our battle against irrationality on the world wide web. I decided to use the concept of a ninja as my metaphor. The video has already been posted and you can watch below.

After the jump you can see the slides that I presented and a list of links to tools and websites that I mentioned in the talk.

END_OF_DOCUMENT_TOKEN_TO_BE_REPLACED

Morning Toolbox is a (nearly) daily digest of interesting tools and techniques that skeptics can use online.

I’ve written about and talked about TruthMarket several times over the last few weeks, I think it could be cool skeptic tool. You should check it out. They just announced Chris Mooney has joined the Board of Advisors, joining other familiar faces like Shawn Otto and Michael Shermer.

Read on for more tools and ideas for skeptics working online…

END_OF_DOCUMENT_TOKEN_TO_BE_REPLACED

Morning Toolbox is a (nearly) daily digest of interesting tools and techniques that skeptics can use online.

Have to do some catch up today due to several missed toolboxes. (Things have been busy at my day job).

Simon Perry has updated the Fishbarrel plugin for Chrome.  This is a great skeptic tool for reporting online quackery. This fixes some bugs and adds support for some new forms, and it is now easily downloadable from the Chrome store. You should uninstall your existing copy first.

Read on for more tools and ideas for skeptics working online…