END_OF_DOCUMENT_TOKEN_TO_BE_REPLACED

Like it or not, Facebook is now central to the propagation of news and other media online. Links to online articles from Facebook posts often constitute the lion’s share of traffic to that post. So savvy publishers do anything they can to increase the likelihood that you will post or repost their content. At the same time, many legitimate journalists are a little freaked out that a private company like Facebook has so much power over what we all see.

This has led to the rise of click bait – posts with headlines and/or graphics that all but dare you not to read them, sometimes with salacious or silly content that will encourage sharing. One annoying variety of click bait that became prominent starting in 2013 are “fake news” sites. They post content ostensibly similar in intent to the comedy site The Onion, without any of the clever or hilarious writing. Some of them deliberately design their sites to encourage confusion with well known media properties. One of them (National Report) even basically admitted in an interview that what they are doing is trolling extreme conservatives for clicks.

I’ve recently written about these sites, and how Facebook’s engagement numbers sometimes exaggerate their true reach. But exaggeration or not, Facebook still sends millions of readers every day to these sites and myriad other sources of misinformation. That’s a problem central to what skeptics are all about.

But last week Facebook made a change that might help solve this problem in a general way – and which also might be useful to skeptic activists. Read on.

END_OF_DOCUMENT_TOKEN_TO_BE_REPLACED

Over 70 thousand people shared a story about a totally fake Sarah Palin quote! Over 5 million people shared a hoax story that Macaulay Culkin had died!  It gets depressing hearing how many people get fooled by these hoaxes, doesn’t it?

The problem is, the numbers in those reports are wrong! Often, wildly wrong. They’re exaggerations caused by the confusing way that Facebook reports engagement.

Now, the underlying problem is real – social media hoaxes and rumors are bigger than ever. As a result debunking these things has become a popular pastime, well beyond the circle of organized skepticism.

Even the Washington Post runs a regular feature on Friday called What was fake on the internet this week. The science fiction site IO9 regularly debunks fake images that are making the rounds. And of course there are the old standards such as Snopes and Museum of Hoaxes, still in the business of debunking this stuff.

Read on to see how many of these well-meaning debunkers are being misled by Facebook into over-reporting the problem.

END_OF_DOCUMENT_TOKEN_TO_BE_REPLACED 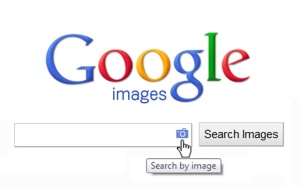 Back in August I wrote about how Google Image Search and other reverse image search engines are a valuable tool to debunk viral hoaxes. Last week yet another example popped up that shows just how easy these types of debunks can be.

The new example involves social media posts about animal rights and animal testing. Photos of suffering animals are always compelling, and often go viral. While most people sympathize with the animals pictured, there is a secondary lesson here – don’t forget to apply skepticism to viral content even when the message confirms your own beliefs and pet causes.

I’m an animal fan myself – we have both a dog and a cat in our household. The purpose of this post is not to criticize animal rights activists, but show how to verify photos. So lets see how it’s done.

Warning: If you are particularly sensitive to pictures of animals in medical situations, you might not want to see the photo in this post. Try reading my previous post on this topic instead.